Skip to Content (Press Enter) Skip to Footer (Press Enter)
Your browser is currently set to not accept Cookies. To enhance your user experience, please enable Cookies or check whether another program is blocking them.
By enabling Cookies, you are agreeing to our Cookie Policy.
Shop Our Memorial Day Sale Until 06/01/22!
One Week Only! Shop Our May Wild Web Deals 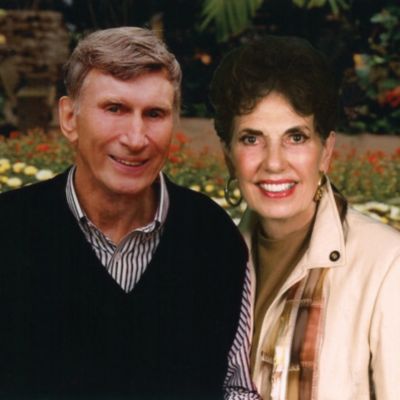 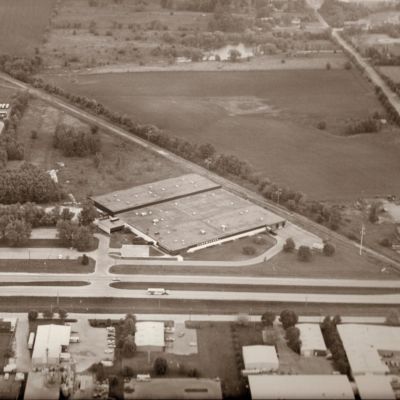 In 1985, the Merschmans purchased the former Parker Brothers factory on Douglas Avenue, opening a second furniture store on the edge of Urbandale, a suburb of Des Moines.

The Urbandale location underwent major renovations in the 1990s. In 1995, the warehouse was moved into the building next to the store. The showroom was also expanded, and the building received a new façade. In 1998, another set of renovations brought about a remodeled warehouse and a 40,000-square-foot showroom expansion. By the late ‘90s, Homemakers had two thriving furniture stores in the Des Moines area and more than 200 employees. 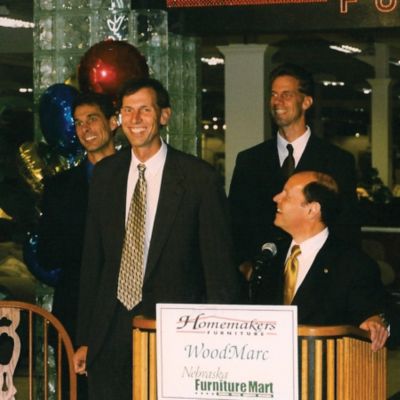 In 2000, Nebraska Furniture Mart purchased Homemakers Furniture. Although now a part of Berkshire Hathaway, Homemakers is still managed and operated by members of the Merschman family.

In 2002, the Merschmans started planning an extensive renovation and expansion project for the Urbandale location.

On June 20, 2007, a groundbreaking ceremony marked the beginning of the renovation and rebuild of the existing Urbandale facility. The construction was split into four phases: 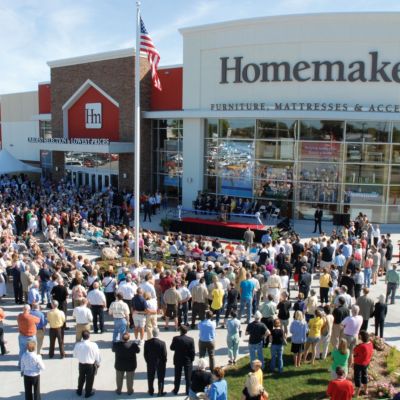 In May 2009, Homemakers announced that its Des Moines furniture outlet would move its operations into the expanded Urbandale facility. Two months later, the brand-new Clearance Center opened. On July 31, 2009, Homemakers held a ribbon cutting ceremony to commemorate the grand opening of the newly renovated store.

The store was expanded again in 2012, when Homemakers added 56% more storage capacity to the warehouse.

Then, in 2014, Homemakers celebrated 40 years of tradition with a new e-commerce website that would allow customers to buy furniture online, making their impressive selection and legendary low prices accessible across the United States. 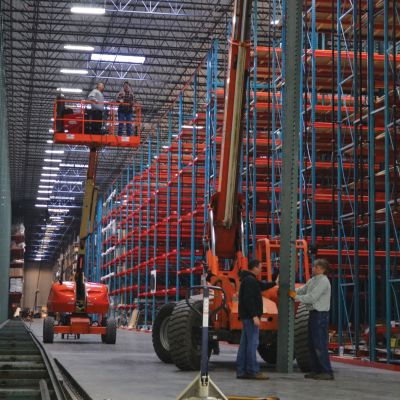 Less than a year after launching its e-commerce site, Homemakers announced a large expansion to accommodate the company’s recent growth. A new 120,000-square-foot facility that would house an ancillary warehouse. The facility would span the equivalent of 42 tennis courts, sitting on a five-acre plot of land on the northeast side of the property.

This marked the sixth major renovation for the Urbandale furniture store, as well as the third build in the past six years.

This massive expansion project was completed in 2016, resulting in an impressive warehouse. A state-of-the-art skywalk conveyor system transports furniture between the new warehouse and the original warehouse, loading docks and delivery area.

The innovative raised design was built to traverse an existing railroad track and uses a combination of wood and fabric conveyor belts to take advantage of the 70% storage increase provided by the ancillary warehouse.

In 2018, Homemakers celebrated another renovation: Homemakers Outlet! A new store-within-a-store in the Urbandale showroom, Hm Outlet is stocked with stylish, brand new, and budget-friendly furniture.

In addition to the Hm Outlet, Homemakers also announced FREE Express Shipping in the state of Iowa. This impressive offer allows customers to create their dream home without the wait.

Our customer-favorite treat shop received a huge upgrade in 2019. The new coffee and cookies area, HOMEgrounds, was renovated and is now better than ever before! We Proudly Serve Starbucks® in our new café area. Join us in enjoying our newly renovated HOMEgrounds while you shop.

Shop with us today or join our team to be a part of Homemakers’ continued growth!